More and more of you are asking us how you can boost your Hebrew skills without leaving your home during this quarantine period. Last week, we gave you 5 tips on how to improve your Hebrew from home. Today, we offer you a list of 5 Israeli de regarder des séries israéliennes that you can watch from your home, which are on Netflix or amazon prime.

*Watch them in Hebrew with Hebrew subtitles: progress guaranteed!

Shtisel ultra-unique perspective in the ultra-orthodox community. The Shtitsels are the protagonists of the show, and their customs, traditions, and views make the show already worthwhile to watch. This show offers one of the best perspectives into the life of the ultra-orthodox in Jerusalem, as can be demonstrated by the fact all Jews watch the show at the same time (something that is often uncharacteristic of modern programming). With respect to this diverse audience, you will be glad to know this show is PG-13 rated. Dialogue in the show is simple and slow- perfect for practicing and following with Hebrew subtitles or just picking up new vocabulary while learning something new about Judaism!

Beauty and the Baker is a romantic comedy that follows the impossible love story between a simple baker who still lives with parents, Amos Dahari, and an international superstar, actress and model Noah Hollander, in a small suburb of Tel Aviv. Available on Amazon Prime. Viewer beware: the show is incredibly witty and highly addicting.

11 years after a life-altering and traumatic event during battle in the Second Lebanon war of 2006 that ripped them apart, four friends reunite to rescue Yaeli, held captive by a cult in the jungles of Columbia. Yaeli, once thought to have died in a car accident in Columbia, was the former lover one of  the characters and a brother of another. Set deep in the Columbian Jungle, the show follows these four friends as they fight for their life and overcome personal demons to find Yaeli. Featuring breath-taking action and nail biting suspense, this dramatic thriller is inspired by a bestselling novel and was awarded “best series” at Cannes Film Festival of 2018.

This critically acclaimed TV show is about a top Israeli agent that comes out of retirement to hunt for a Hamas fighter he thought he’d killed, setting a chaotic chain of events into motion. The series takes the viewers into the complex world of Israeli special operations forces responsible for carrying out operations behind enemy lines (some claim the show is based on true events, but it has yet to be confirmed).

Fauda is arabic for Chaos and the show depicts the two sided story of the Israeli-Palestinian conflict. It is currently available on Netflix. We highly recommend it!

This show is all about the daily life of a group of friends, singles in their 30s, in the Katamon district of Jerusalem. The main characters come from the Zionist religious movement in Israel. The name of the series, “srugim” (“knitted”) refers to the knitted kippot worn by men in these communities. This show will introduce you to life in Jerusalem for the young religious people looking for love. You will be intrigued to understand their dynamics through inconclusive dates and their relationship to the secular world which they rub shoulders with every day. A very good show for lovers of Jerusalem in Hebrew!
Accessible to all! 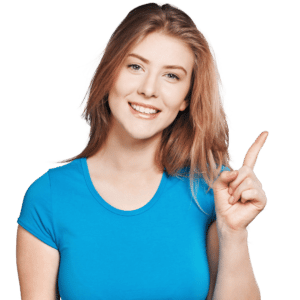