Home » Our Blog » What is the First hebrew letter ?

What is the First hebrew letter ? 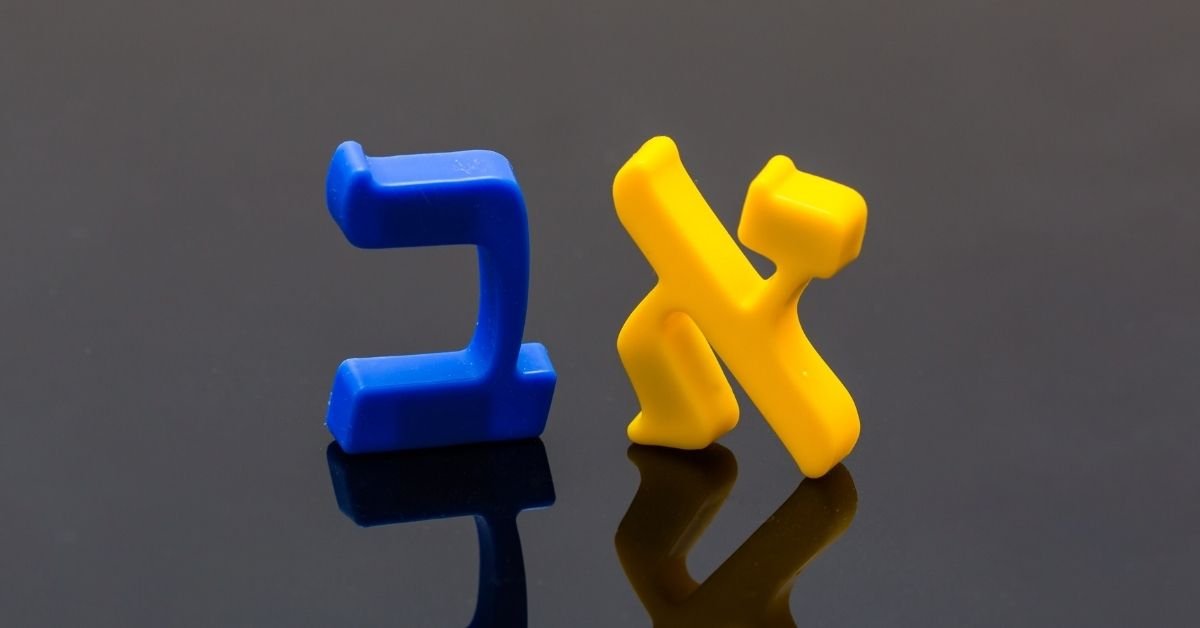 What is the first letter of the Hebrew alphabet and what does it mean?

Aleph or alef (א, pronounced /ʔ/) is the first letter of the Hebrew alphabet. It is the equivalent of the letter ālaph in the Aramaic alphabet or the letter ʾalif in the Arabic alphabet.

What does the word aleph mean in Hebrew?

It etymologically means bull or ox. Its origin dates back to the Phoenician alphabet,  ʾalp (𐤀) , and the letter is probably related to the glottal stroke of the Ugaritic alphabet. It is from its Phoenician name pronounced in Greek that the word alphabet in Romance languages is derived (אלף-בית, aleph-beth).

if you are doing a crosswords you may have questions about Hebrew words or letters of the Hebrew alphabet.

If you are asked what the first letter of the Hebrew alphabet is, the answer is this: Aleph or Alef.

If you want to learn Hebrew, even if you are a total beginner and you can’t read or write Hebrew, sign up at Ulpan Integraliah.

You can learn Hebrew in Tel Aviv or online anywhere in the world.

Test your Hebrew for free.

History of the Aleph

Aleph is related to the alpha (Α, α) of the Greek alphabet, the A (A, a) of the Etruscan alphabet and then the A of the Latin alphabet and the А of the Cyrillic alphabet. Alpha and aleph, like all the letters of the Phoenician alphabet, was a consonant, but in Latin, Greek and Cyrillic, it was the vowel that followed the glottal stroke that was retained as the written letter. Its resemblance to the letter a of the Brahmi script, the ancestor of many Indian and Southeast Asian scripts, is great.

In Yiddish, Alef is used for various spelling purposes in native words, usually with various diacritics borrowed from Hebrew niqqud :

Without a diacritic, álef is silent; it is written at the beginning of words before vowels written with the letter vav or yod. For example, oykh is also written אויך. The digraph וי represents the initial diphthong [oj], but this digraph is not allowed at the beginning of a word in Yiddish orthography, so it is preceded by a silent aleph. Some publications use a silent ataph adjacent to these vowels in the middle of a word, also when necessary to avoid ambiguity.

An atlef with a diacritical pataj, אַ, represents the vowel [a] in standard Yiddish.

An aleph with a diacritical kamatz, אָ, represents the vowel [ɔ] in standard Yiddish.

Borrowings from Hebrew or Aramaic are written as in their original language.

Alef represents the cardinal immediately above a which, if the continuum assumption is given, coincides with the cardinality of the set of real numbers.

Because of the mystical character of aleph, its first letter gave its name to Aleph, the mythical point where all the points of the universe converge, in the work of Jorge Luis Borges.

In the Jewish tradition

As one of the three “mother” letters, the alef symbolizes air [citation needed]. In relation to its numerical value, the àlef is also a symbol of God in reference to monotheism (God is one as the àlef is the one).

The name of the first man (Adam אדם) and the first patriarch (Abraham אברהם) are also written with an initial alef. The alef thus symbolizes the beginning, the birth of everything. It was by writing the word אמת (“truth,” a word with an initial alef) on the forehead of the golem that it was brought back to life. When the alef was erased, only the last two letters remained to form the word מת, which means “dead,” so the golem died.

PrevPreviousThe Beauty Queen of Jerusalem on Netflix : We tell you everything
NextWelcome in hebrew : how to say it correctly ?Next