5 Things You Did Not Know About Operation Entebbe 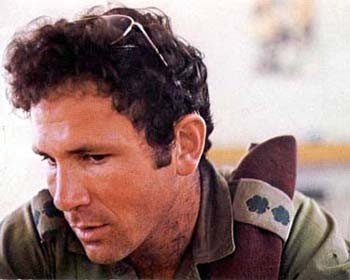 In the summer of 1976, an Air France Airbus A300 with 248 passengers was hijacked on its way from Tel Aviv to Paris and redirected to Entebbe Airport in Uganda. The story made international headlines as people from all over the world, including world leaders, were eager to see how this situation would unfold.

On July 4th, 1976, IDF Commandos  successfully carried out an unexpected and seemingly impossible counter terrorist hostage rescue mission, releasing almost all of the hostages and eliminating most of the hijackers and terrorists. Leaders from around the world were shocked with Israel’s military prowess and saluted the courage of the Israeli commandos.

Here are 5 things you might have not known about the raid!

The only Israeli soldier killed in this Operation was the commander of the raid,  Lieutenant-Colonel Yonatan Netanyahu, brother of current Prime Minister Benjamin Netanyahu. The operation was renamed Operation Yonatan to honor Netanyahu, a commander in the Elite Israeli Commando Unit, Sayeret Matkal.

Who Is Michael Bacos?

Michael Bacos, who died this year at the age of 95, is the heroic pilot of the Air France Airbus that was taken hostage. Despite offers by the terrorists, he refused to leave the Jewish and Israeli passengers of his flight. He stayed with them until the historic IDF rescue mission freed them. Three year ago, he told his incredible story to the Israeli newspaper ידיעות אחרונות (Yediot Achronot) and proclaimed that for him and his crew staying with the passengers was a “professional and moral responsibility.” May Michael’s memory be a blessing.

When Israeli military leaders planned the raid, they identified three main obstacles that could compromise the success of this mission.

1) Distance – The airport in Entebbe is 4000 km from Israel in the heart of Africa. This means that Israeli planes would have to fly over enemy territory to reach Uganda, and then operate in an environment they know little about.
2) Ugandan Soldiers stationed at the airport – Dozens of the Ugandan President’s soldiers were stationed at the airport harboring the terrorists and hostages. The Israelis were heavily outnumbered.
3) Time – Once the Israeli’s would get to the airport, they would need to act swiftly in order to prevent the terrorists from killing the hostages.

Want to know more about Israel’s History? Join us!

Netanyahu and his squad had 48 hours to prepare for this mission. There were four planes carrying soldiers from Sayeret Matkat, Golani and Tzanchanim (Infantry) to Uganda, through Sinai. The planes were to fly at extremely low and dangerous altitudes as to not be spotted by enemy radar.
The first plane to land was Netanyahu’s plane. In order to not look suspicious, the commandos used vehicles identical to those driven by the bodyguards of Ugandan Dictator Idi Amin, Mercedes and Land Rovers, which were borrowed from Israeli Citizens and repainted in black!
The Israeli commandos disguised themselves as members of Amin’s procession in order to deceive the control tower officials. They used this tactic to infiltrate the terminal where the hostages were held. In less than 60 minutes, the operation was over.

The Legacy Of Yoni Netanyahu

Lt. Col. Netanyahu remains to this a national hero and a model for all commanders in the Israeli Defense Forces. He left a very strong legacy here in Israel, which continues to guide Israeli youth, both in and out of the IDF.

If you want to relive the highlights of this historical operation, watch the movie “Raid on Entebbe.”